PETN / RDX  Plant   PETN production is carried out in several inter-dependent technological stages. PETN is obtained through the process of pentaerythritol nitration. Once obtained in this manner, PETN is then pre-crystallized in acetone. Pre-crystallization process is used to render crystals desired shape and size.  Besides, in view of the fact that after nitration, […]

PETN production is carried out in several inter-dependent technological stages. PETN is obtained through the process of pentaerythritol nitration. Once obtained in this manner, PETN is then pre-crystallized in acetone. Pre-crystallization process is used to render crystals desired shape and size.  Besides, in view of the fact that after nitration, PETN becomes unstable, it also ensures its stability. PETN is then packed as wet explosive and shipped to other production lines or, depending on the requirements of the ammunition and mines and explosives manufacturers, it is then phlegmatized, dried, sieved and packed.  The same plant can be employed to manufacture RDX.

The nitration facility serves for continuous PETN synthesis by means of pentaerythritol esterification with concentrated nitric acid. Non-precrystallized PETN production process consists of the following phases: Feeding of raw materials; Pentaerythritol esterification with  concentrated nitric acid; Filtration and transport of crude PETN for further processing; Transportation of spent acid to the spent acid storage. PETN synthesis is performed in three in-series-connected reactors. Sieved pentaerythritol is conveyed, by the use of transport unit, into the feeding system, it is being continuously fed into the reactor. Raw materials are fed into the first reactor and majority of the reaction occurs in there, while the second and third reactors serve for finalization of the reaction.

Temperature in the reactors is constant and is kept that way by cooling – by the use of cooling fluid that passes through the reactor’s jackets.  From the third reactor, goes to the continuous vacuum filter where PETN is being separated from the spent acid. Nitrous gases are discharged into the absorption unit, where gases are being absorbed in water. Processes of nitration and filtration are carried out without human presence and are monitored in the control room via cameras.

The Pre-crystallization process consists of the following stages: Filtration phase: by the use of continuous vacuum filter, PETN is being separated from the liquid phase; Phases of dissolution, neutralization and pre-crystallization are carried out in acetone and water; Separation phase: in this phase, PETN of desired granulation is obtained; Transport phase: PETN of desired granulation is carried to packing; Phase of treatment of spent acetone: spent acetone is first distilled / it is separated from PETN, and then, it is subjected to rectification and returned into the process. From the continuous vacuum filter, PETN is fed into dissolving vessels where it is dissolved in acetone. In crystallization vessels, dissolved PETN crystals have acquired the desired shape. PETN, in diluted acetone is then poured over into the separator where separation is carried out of appropriate PETN granulation from inappropriate ones and from spent acetone. After being dried on vacuum filters, suitable PETN granulation is carried into object for packing. Re-crystallization is carried out by dissolution in concentrated acetone. After being spent in the process, acetone is re-concentrated and returned into the re-crystallization process. This closes the acetone circulation circle; additional quantity of acetone is added only due to loss in production. The Plant also contains a facility that serves for preparation of cooling fluids (cooling unit used for cooling of nitrators, cooling water for decomposers and crystallizers, etc.). 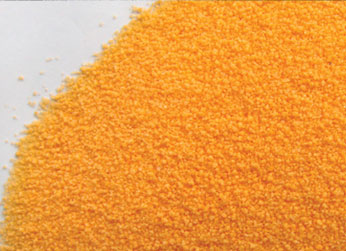 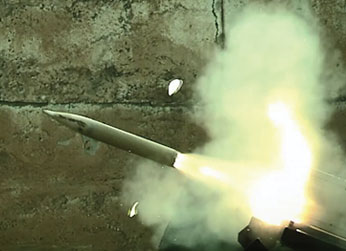 SAFETY: All units are designed such to provide completely safe control of the process. The plant is equipped with necessary measuring-control equipment, by which the process is managed, as well as with blockade and alarm system for process controlling and managing into safe conditions. Where is necessary for process safety reasons, all motors are foreseen in Ex-proof execution. In case of accidental situations, the emergency discharging of reactors is foreseen, and the process is brought into safe condition. The quantity of the hazardous materials in the buildings, as well as the work in them is strictly controlled, and is completely defined by operating regulations.